You are here: Home / internet marketing / I didn’t have Search Engine Optimization when I first started looking for myself.

Search Engine Optimization or why I have gray hair

I got interested in trying to find Brownwood, Texas a couple of years before I started trying to find myself. I’m talking about “on Google” of course. I bought my first “real computer” from Larry Bostick when he had his computer store down on Center Ave. It was in the early 90s and I gave over $1200 for a machine that wasn’t capable of running Windows. Windows hadn’t been around long and people didn’t know much about it but I knew this machine didn’t have enough horsepower to run it and I had never heard of Search Engine Optimization. I did figure out how to get it connected to the internet and find a browser that would run on DOS so I was in business.

So when I got started online, AOL was about the only browser we had to use, then Netscape came along a year or 2 later. Google wouldn’t be introduced until 1996. But I was already hooked on researching whatever I could online. I’m guessing 1994 was the last time I ever touched one of my Funk and Wagnalls Encyclopedias that I bought a week at a time from the old Safeway Store  at Commerce Square in Brownwood. We wound up selling them at a yard sale for a fraction of what we gave for them. At this point, I don’t think that AOL or anyone else even knew what search engine optimization was

When I started searching for things my attention was focused on Brownwood, Texas (home for those of you that don’t know). I remember back then, only about 12 or 15 results were returned if you typed Brownwood, Texas in the search bar. Today typing the same thing will get you well over a half million returns. You might think that’s a surprising amount for a town with less than 20,000 population but let’s look at the process by which Google returns these results. First off, as good as Google is, it’s still uses a bit of a guessing game in returning search results. There are 2 other places named Brownwood, 1 in Missouri and 1 in Florida. At one time there were actually 2 towns named Brownwood in the state of Texas. The other one was a suburb of Baytown and was rendered uninhabitable by Hurricane Alicia in 1983. Throw in the fact that there are thousands and thousands of people selling “brown wood” china cabinets, coffee tables, and jewelry boxes. If you search for “brown wood things” you get an unbelievable 115 million returns. All that to say- “Google is pretty good and getting better everyday but it’s still not perfect so when you search for a specific term there’s often a little fluff in the search results you get back. Search Engine Optimization has never been and probably never will be an exact science.

Now to talk about finding me. I started getting my feet wet doing some website designing for the company I was working for at the time. After their site was up and going pretty good I started learning what search engine optimization was all about and soon got them to the first page on Google, then to the first place for a while. In 2000 I decided to register my name as a domain name and put myself a little 1 page site up. I waited a week or so for Google to find me and did a google search. Couldn’t find me. Well- I could find me but just not the “right me”. One of me was the mayor of Tittusville Florida and another of me was a librarian in Tulsa. One of me was a political activist in Hawaii while another one of me built 4 door Corvettes in Kentuckiana. We seemed to be a pretty diverse bunch of guys but the Larry Bartley that stood out most of all to me was the one that was an upright base player for a jazz trio in London. (And no I don’t mean London, Texas.) The big reason THIS Larry Bartley stands out, even more so today, is that with years of me “search engine optimizing” myself, THIS Larry Bartley still appears in Google search results way more than I do. That’s not that unusual until you realize HE don’t even have his own website and the evidence of him ever creating any kind of post on the internet is just non-existent.

Digging deeper into  how this can be I realized that this is a prime example of how one of Google’s algorithms work. Keep in mind that this is just 1 example and nobody knows how all of Googles algorithms work. So when you look at the returns for Larry Bartley of London- you’ll see tons of comments from people “checking in” at various night clubs and mentioning his name. You’ll find CDs of his quartet and reviews of his music on Amazon. You’ll find reviews from LondonJazzNews.com, TheJazzMan.com, FinancialTimes.com, SoundJunction.com and many others. All influential websites talking about the same name which leads Google to assume (and understandably so) that THIS Larry Bartley is a little bigger deal than the Larry Bartley that lives in Brownwood Texas, thus returning more results of him than me.

All that being said to prove a point. You can’t just set up an online presence and then forget about it. Unless you’re a well know jazz musician it’s not very likely you’re going to have a lot of people and influential websites talking about you online.The only way you or your business can stay in a prominent place on Google is for you or someone looking out for you to keep your online presence stoked with current information about you or your business.

If you have an online presence but it’s just not working for you, give me a call anytime to discuss your options and see what a little search engine optimization can do for you.
[bg_faq_start] 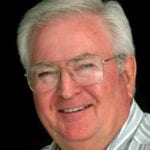 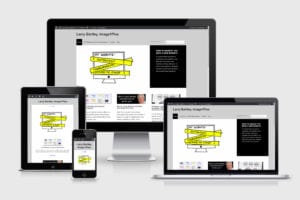